Gary Quirke and I had the pleasure of organizing and presenting “A Power Users' Guide to the TM1 SDK and Planning Analytics” at the 2016 IBM Vision conference on Orlando, Flo 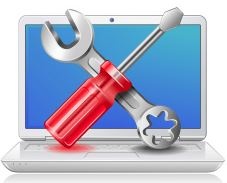 rida. Our goal for the presentation was to provide attendees with a picture of the possible with the TM1 SDK, targeted toward both non-programmers and programmers who simply want to understand the alternative ways in which we can solve real business problems, new and old, using the powerful TM1 SDK tools that IBM has provided, which include the REST API, Java Extensions and TM1 Web APIs. We received very positive feedback, so thank you to everyone who was able to attend!

One big problem with our Vision session (other than it being scheduled late on a Wednesday at the same time as IBM’s own TM1 SDK session!): we only had an hour in which to present and take questions and could, thus, barely scratch the surface of what can be done with the TM1 SDK. We felt, therefore, that it was important to introduce a new QueBIT blog series dedicated to the TM1 SDK, initially covering some of the topics raised during our Vision session. This post serves as a general introduction to this series and why you should care about the TM1 SDK.

There is an active TM1 SDK community on IBM DeveloperWorks, but we find that many TM1 practitioners and power users are not fully aware of all of the tools in this new toolbox, which was officially introduced in TM1 10.2.2. Although SDK stands for “Software Development Kit”, there is no reason to be intimidated into dismissing it outright if you aren’t a programmer, especially if you’ve tinkered previously with things like the TM1 Perspectives Excel VBA API (which stands for Application Program Interface).

Have you ever caught yourself thinking: “I wish I had this one function or utility in TM1 to solve "my specific problem”—that is exactly what the TM1 SDK empowers you to do! The beauty of the new TM1 SDK is that:

It’s worth emphasizing these two points because they are in sharp contrast to the TM1 API’s that predate the TM1 SDK, especially the TM1 C API: although the TM1 C API is still supported and had been the most functionally-rich TM1 API available, it required people who were both deep experts in TM1 as well as software engineering, a combination of skills that is still extremely rare. With the TM1 SDK, however, these two sets of skills no longer need to come in the same package: if you can communicate what you want to do in TM1, there are literally thousands of developers who can help.

The TM1 SDK will undoubtedly improve and grow, over time, as TM1 grows, providing capabilities to extend and enhance TM1 solutions like never before. Now is a great time to get familiar with it, and upcoming posts in this series will help you do exactly that!

NOTE: Future posts in this series will often provide some step-by-step instructions. Assuming you’d like to follow along, you will need a couple things in preparation:

In the next post in this series we’re going to dive right into the TM1 REST API part of the TM1 SDK and show you how you can quickly perform TM1TOP or Operations Console-style monitoring activities with no programming or even TM1 client tools required.

If you have any suggestions for future posts on the TM1 SDK or if you’d like to understand how the TM1 SDK might help solve your specific business problems, we’d be happy to help -- please contact us!