IBM’s CDM is collaborative environment used to CREATE the report templates. QueBIT’s ReportWORQ uses templates (which could be generated in CDM!) and dynamically use parameters to pull information into various output report types and ultimately DISTRIBUTE them. 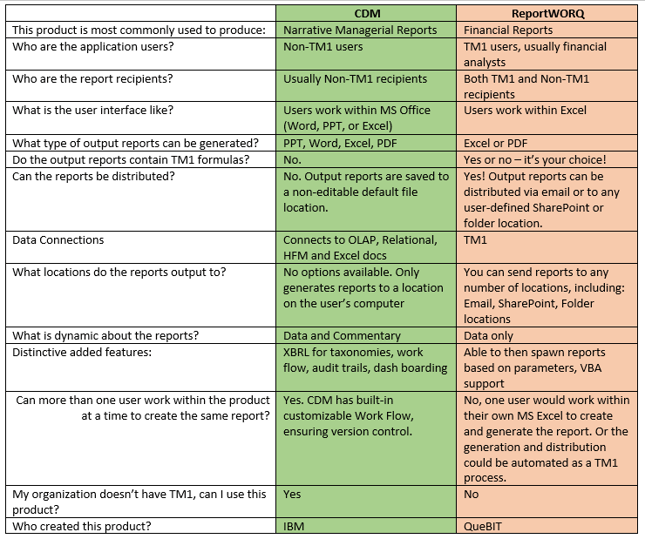