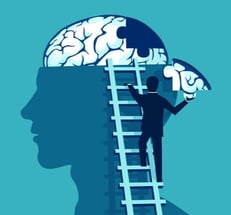 IBM returned to Miami this year with a renamed and somewhat-rebranded version of the conference formerly known as IBM Analytics University. The concept of this new IBM Data and AI Forum was structured around IBM’s “AI ladder” and the rungs of that conceptual ladder: Modernize, Collect, Organize, Analyze and Infuse. It should come as no surprise that “AI” was, thus, more prevalent as a topic of discussion.

There was a session that inspired the title of this post, which I thought captured where we are now and where we would someday like to be when we talk about AI, called “Let’s Make AI Boring!”. Daniel Hernandez, the VP of Data and AI at IBM, suggested in this session that it would be great if AI could one day be as boring as email. There’s nothing particularly exciting about email or messaging technology, in general: it’s critical to how we communicate every day, but we don’t give much thought or care to the underlying technology.

What would boring AI look like? It should be infused (to use a term from IBM’s AI ladder) in a way that gives us the benefits we all expect when we think of AI, but without getting in the way or requiring us to worry about how it works. One example of the barriers to achieving boring AI was highlighted in a common statement made by IBM at the conference: “No AI without IA”, or Information Architecture. To put it another way: AI isn’t magic, it requires solid data foundations to be successful and many customers don’t fully appreciate that a lack of access to good data is going to get in the way of any AI goals that they may have.

Cognos Analytics, Planning Analytics, SPSS Modeler, and other IBM offerings provide the tools needed to build a solid information architecture, and these are the reason most of us came to the conference: to learn more about them and IBM’s vision for them. A few highlights stood out in this regard that I wanted to share:

I will close by saying that I always appreciate smaller format conferences. The Data and AI Forum had over a thousand attendees, but compared to, say, IBM’s Think conference it was much easier to network and stay more focused, overall, on all things analytics! Customers of all sizes that I talked to got something valuable out of the conference, whether it was from one of the many hands-on labs or seeing how IBM and other customers think about and solve business problems. As an IBM business partner, I appreciated how visible and accessible different teams from IBM were to both partners and customers—it’s rare to see customers and partners have multiple opportunities to share their feedback with IBM leadership in product management, development, sales, and marketing. For a company the size of IBM this is admirable!